SentriLock just made your job a bit easier.

The app is an updated version of the SentriSmart® mobile app and it features a new look, clearer prompts, and an action-based layout so you can perform key tasks in just seconds. You can download it now at Google Play or the App Store, or just go to the new icon on your phone to get started if your device is set for automatic updates.

Now, with just a few clicks in the app, you can easily:

Android users will be delighted that the app features enhanced Bluetooth® technology to improve Android connectivity.

Check out our webinar video that provides a quick overview of the new app and its enhanced features. You can also review our iOS User Guide or Android User Guide for more information.

SentriLock just made your job easier with the SentriKey Real Estate app. And we think you’re going to love it! 🙂

Note: The safety applications and products listed are for informational purposes only. They are not endorsed by nor have they been vetted by the National Association of REALTORS®, and their inclusion on this website does not constitute a recommendation by NAR and should not be inferred as suggesting a preference over other applications or products currently available in the market. The information provided is a selection of safety resources designed to help you determine what tools may best fit into your personal and professional life. 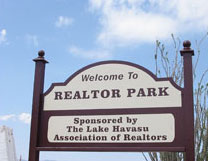 Havasu residents and community leaders gathered at the establishment Wednesday afternoon to witness the culmination of more than two years of planning and effort in Frontier Communications’ “America’s Best Communities” Competition. The crowd sat upright in their seats, some standing as the announcement was live-streamed from Denver. Lake Havasu City placed second among the top eight contenders in this final round, represented by Mayor Mark Nexsen, City Councilman Cal Sheehy and Lake Havasu City Partnership for Economic Development Vice President Tonya Krueger.

“It was the community that made this happen,” Nexsen said. “We were just the messengers. They worked so hard on this, and they were so excited to be involved. If there’s one message I can deliver, it’s: ‘Lake Havasu City, I’m proud of you.”

The announcement brings not only recognition to Havasu, but an additional $2 million for projects, in addition to $150,000 in grants from the competition toward Havasu’s community goals. The first place winner, Huntington, West Virginia, will claim $3 million for its economic and community development.

Huntington had big aspirations from the contest’s outset, according to Huntington Communications Director Brian Chambers. The plan set forth by Huntington officials focused on revitalizing the city’s entire community; and specifically targeted three of the city’s distressed neighborhoods. With Huntington’s victory, Chambers says his city has a chance to represent the whole of the Appalachian region.

“This competition put a spotlight on small towns throughout America,” Chambers said in a telephone interview. “It motivated us, and it made us all move very quickly. It raised the bar for every community involved.

“We congratulate Lake Havasu City,” Chambers said, “and each of the other competitors who made it this far. No one should hold their head tonight. This competition was a celebration of small communities…We are the heartbeat of the country. We represent small communities throughout the U.S., and we wear that with pride.”

The plan behind Havasu’s competitive success has become known as “Vision 20/20,” a program encompassing sectors of tourism, economic development, education, water conservation and community development efforts. It was the first plan of its kind, incorporating efforts from city officials, the Lake Havasu City Convention and Visitor’s Bureau, the Lake Havasu Area Chamber of Commerce, the PED and perspectives from residents throughout Havasu.

“It doesn’t stop today just based on the winnings,” Sheehy said. “We have an opportunity to move our plan forward quicker. The entire team did a great job today in sharing the future of Lake Havasu City. They were able to share the vision that our community has and the work we’ve put in to make the vision a reality.”

City officials maintain that the plan, written based on the goals and hopes of Havasu residents, will remain the guiding framework of Havasu’s development for decades to come.